History of the Store 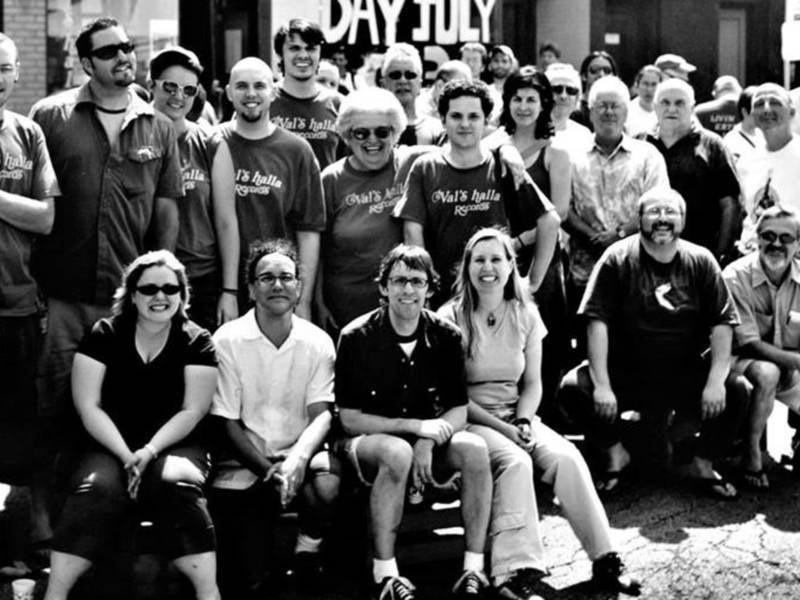 Val’s halla was born July 26, 1972 following the demise of a record chain that was managed by Val Camilletti from the same location since 1967.

One week after the fall of the chain, Val was able to lease the empty location at 723½ South Blvd in Oak Park, which had been her home for the prior five years. With an all-volunteer effort from former employees, a myth was brought to life.

Over the next four decades, Val and her team rode the ups and downs of the music business, from the heyday of CD sales, to the near-collapse of the recorded music industry during the Napster years.

Throughout this time, the store served as a mecca for music lovers of every age. Many OPRF high school alumni look back fondly on memories of walking to the store during lunch or after school.

In the late 1990s, a young Shayne Blakeley moved from Michigan to Chicago and landed a job at Val’s straight out of high school. In no time at all, he became Val’s right hand partner and helped the store make an important transition in the early 2000s.

In the early 2000s, the specter of re-development reared its head. The result was a re-location to our current location in the Arts District of Oak Park at 239 Harrison Street.

From 2006 to 2018, Val continued to run the store with Shayne by her side, buoyed by the welcome home they found among fellow business owners in the arts district.

In 2016, Val was diagnosed with breast cancer and ultimately lost her battle in July 2018.

Since that time, Shayne has carried the torch and kept the store going and Val’s memory alive and well. In Fall of 2019, rumors swirled that the store would close as Shayne feared he could not continue to go it alone. As a result of that news, a local business partner emerged and helped Shayne begin a process of re-structuring the business and revitalizing the store.

As of this writing, Val’s halla is alive and well. The legend lives on.