We are excited to welcome The Spectral Distortions to the Val’s halla stage.

THE SPECTRAL DISTORTIONS is a Chicago-based punk band that consists (mostly) of people who do physics research for their day jobs. Their sound is frenetic, loud, and abrasive, and draws from influences which include the Dead Boys, the Damned, and the Minutemen. Their songs are often about science and science culture, and can be both playful and introspective, while having the surprising ability to leave one feeling angry about the universe that we happen to find ourselves living in. They are generally regarded as our universe’s premiere physics punk band, and are both excited and honored to be playing their debut show at Val’s.

It’s an evening you shouldn’t miss.

Tickets can be purchased HERE. The ticket is FREE and there will be a suggested donation at the door if you want to support the artists. This show may sell out, so get your tickets now! 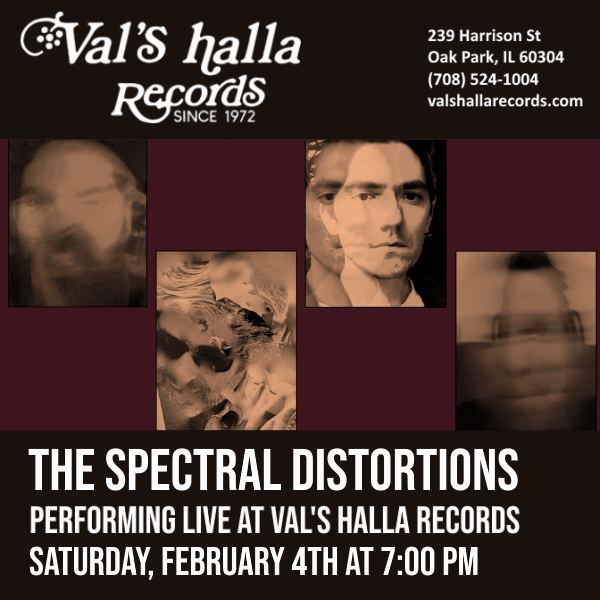