Vinyl Views is our weekly blog where we feature album recommendations from our store team (Shayne and Jaxon), and reveal picks from guest contributors.  Last week Ana Cubas dropped by the store and we convinced her to contribute.  Ana is a student at NYU and is the music editor of the school’s paper as well as the Associate Music Director at the University’s radio station. Let’s hear what she is listening to. 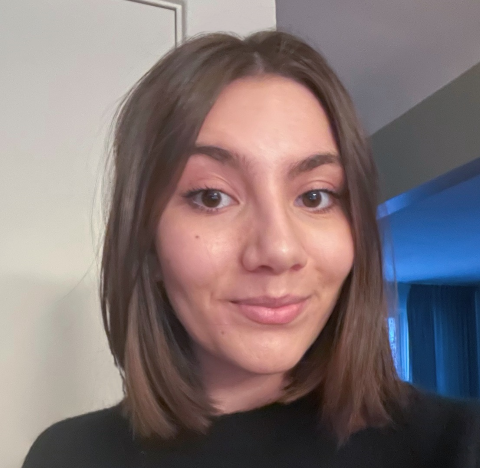 Ana Cubas grew up in Riverside and is currently a student at New York University. She is pursuing an individualized degree in music criticism and journalism, with a minor in music business. Ana is the music editor at NYU’s student newspaper, Washington Square News, and the Associate Music Director at the University’s radio station, WNYU. She also hosts a weekly radio show on South American rock from the 60s through 90s every Friday morning at https://wnyu.org. 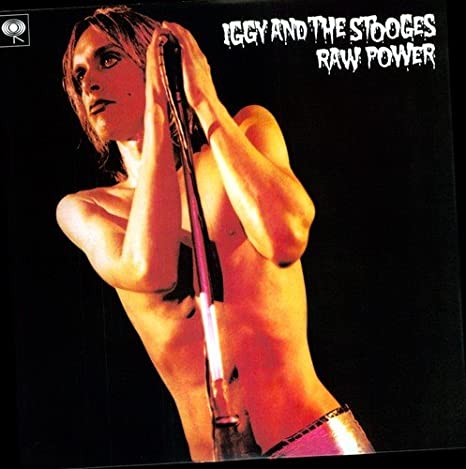 I had the incredible opportunity to interview Iggy Pop last year in one of my courses. He walked in with a tight leather vest and his singular platform shoe that met every image of him I had imagined. The class focused on famous New York music scenes, and I’ve always had a special place in my heart for the unpredictable, interdisciplinary punk scene of the 60s and 70s.

It’s important to note that Raw Power was released twice: the original, mixed by David Bowie, and Iggy Pop’s remaster from 1997. Bowie’s is a little more eerie and contains hints of a low-fi quality that creates a messy, full-bodied album. If you want The Stooges at their most loud (I mean REALLY loud) and gritty, try the 1997 version.

Promoting the release of Raw Power, The Stooges played four nights at Max’s Kansas City. One of these nights, Iggy notoriously landed atop shattered glass and continued the show with blood splattering on the audience. I asked Iggy Pop about that night, and about his experience in New York’s punk scene.

If I envision how Iggy described it, it’s Raw Power- pure chaotic madness, and full of adrenaline.

Check out the track Search and Destroy. 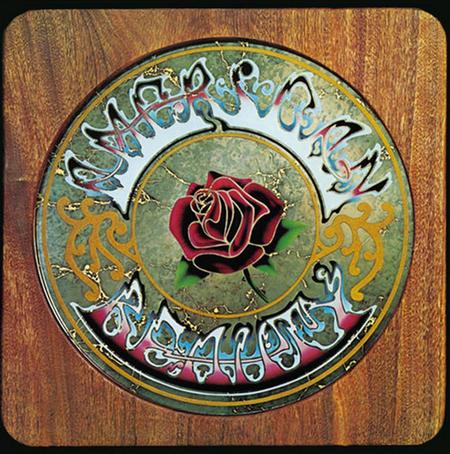 I am slightly ashamed to say that my discovery of American Beauty was influenced by Freaks and Geeks. At the ripe age of sixteen, I saw myself in Lindsay Weir, who escapes all of her high school troubles and finds peace in the Dead’s album. One spin and I became enlightened, reassured, liberated. The album itself is a trip, swaying between bouncy, pedal steel guitar-filled tracks like “Sugar Magnolia” and honeyed songs such as “Brokedown Palace” that take their time. There is a sense of simplicity, stability and comfort that flows through each harmony-heavy song.

When Lindsay first received the record and carried it through school, two stereotypical Dead Heads tell her, “I wish I never heard it just so I could hear it again for the first time.” I agree. The Dead is characteristically known for their live performances or recordings, but this studio album is an unforgettable mix of country, folk, and psychedelic rock that always makes me come back.

Check out the track Sugar Magnolia 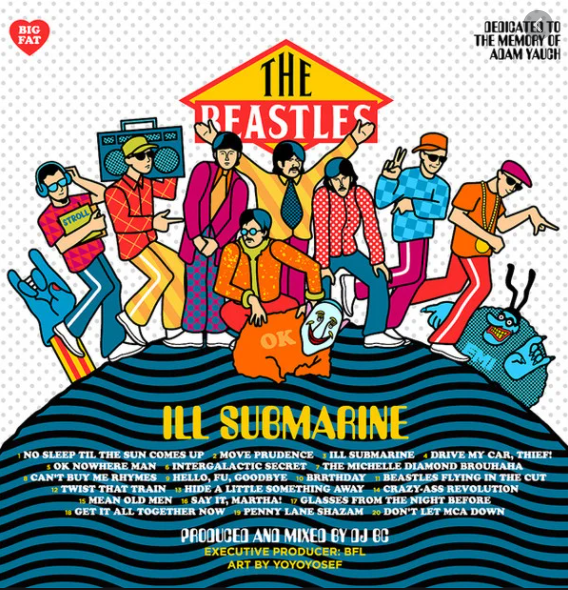 An album dedicated to Beatles and Beastie Boys mashups. Yes, I know how this sounds. No, don’t stop reading.

I am a traditionalist. I’m quite critical when it comes to covers, acutely listen to remasters and often wince at the idea of listening to remixed tracks. But this album. It’s so odd that you can’t help but instantly replay the album once it’s finished. Two things that should NOT go together, but also sound so right? Three songs in, I find myself dancing. I hate that I love it.

If you’re appalled by the idea of two iconic groups being mixed into dance tracks, the song titles are enough to intrigue any listener. Or, have a laugh at the Yellow Submarine-inspired cartoon of the Beatles and Beastie Boys dancing with blue meanies on the back cover.

Check out the track Ill Submarine. 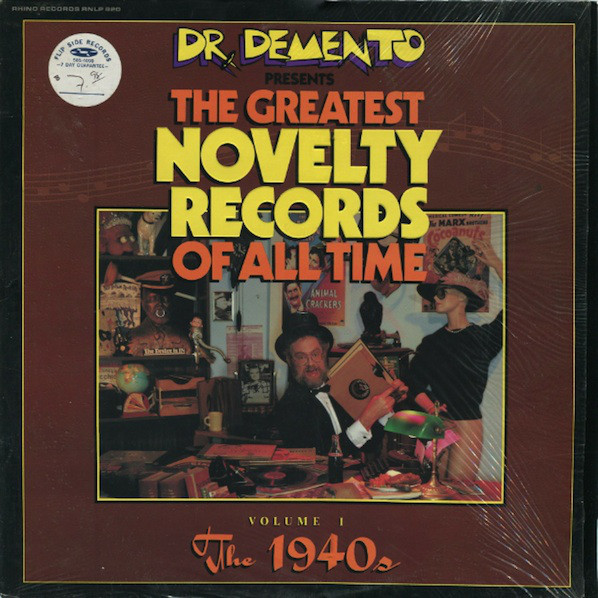 While we all look forward to a New Year, I’ve decided to take a look back at some compilations that while dripping with silliness and/or cheese continue to be definitive albums for me. With that in mind, no list of such would be complete without some Dr. Demento and for me, this collection of novelty songs of the 40s is the most crucial. Originally I hunted this down as one of the few records featuring “Pico & Sepulveda” by Felix Figueroa aka Freddy Martin, which earwormed my brain like crazy after seeing The Forbidden Zone (huh, I wonder what track I might select?) but the whole collection is great stuff, “Too Fat Polka,” “Shaving Cream,” “I’m My Own Grandpa,” etc. Admittedly “The Okeh Laughing Record” overstays its welcome almost immediately but they get it out of the way right off the bat.

Check out the track Pico & Sepulveda. 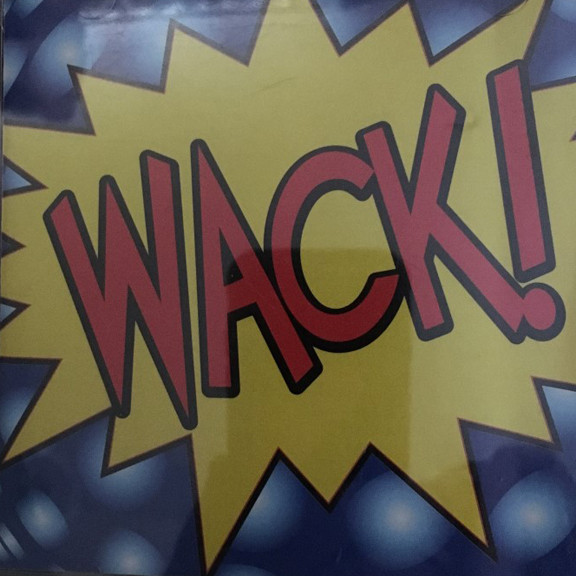 This set is the definition of truth in advertising. While each of these tracks was a bonafide mega-hit (and a handful legitimately hold up) it’s nonetheless 2 CDs worth of the most cringe-worthy earworms from a decade replete with them. I suspect I may actually be the only person who ever purchased this thing and considering Discogs shows none for sale and last sold never, I have some data to back that up lol. Let’s be honest, I’m not gonna win over any new fans of any of these tracks so I’ll just go with one you’ll be humming all day whether you click the link or not. Sorry, not sorry.

Check out the track Back To Life (However Do You Want Me). 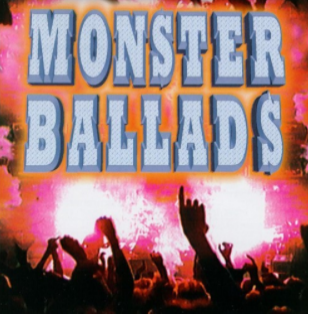 This is among the most over-played CDs in my collection (along with Gothic Rock Vol.2 80s into the 90s, which fully belongs on this list but gets an honorable mention since I’m already well on my way to doing a VV of pretty much every individual artist on it anyway). It’s a wonder either of them plays at all at this point. Accept no imitations, I ain’t talking about the wimpy single-disc version either, double-disc or nothing baby. The sheer amount of inebriated baths, road trips and loads of laundry set to this collection is beyond imagining. How to select just one of these tasty bangers to feature? Seems unlikely I’ll ever do a solo feature for Steelheart so, enjoy!

Check out the track I’ll Never Let You Go. 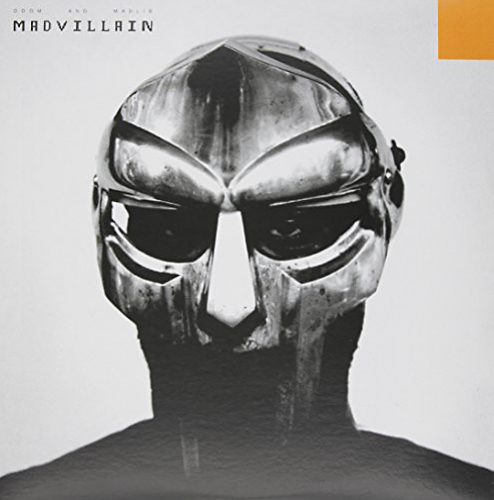 We lost so many musical legends this past year, and last week we learned of the passing of MF DOOM. He was one of the best lyricists to walk the face of the earth (in my opinion). His ability to craft extremely complex rhymes was unmatched and this album is a true masterpiece. Madvillain pairs MF DOOM with producer Madlib. I know I don’t have anything new or insightful to say about this album, but I just wanted to pay my respects to a true legend.

Check out the track Strange Days. 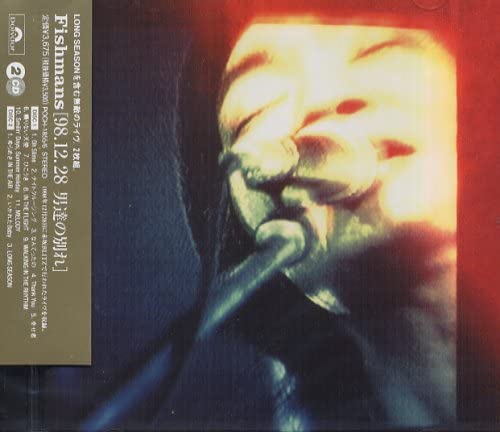 This album is one of my favorite live albums. Fishmans’ performance on this record encompasses their sound perfectly. It has dub rhythms that are bouncy and rhythmic, while there is also a floaty shoegaze haze sprayed on top. For all you who are not aware, Fishmans was a Japanese band from the 90s that didn’t get the recognition they deserved in their heyday, but people have now started to take notice of their greatness. List to the song なんてったの (specifically the live version from this album).

Check out the track なんてったの. 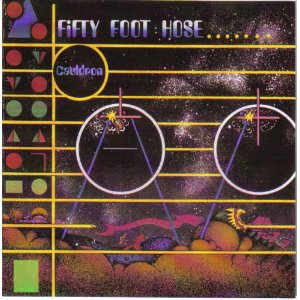 This was a truly forward-thinking album. Released in 1968, this psychedelic masterpiece has many moments that feel like precursors to music from bands like The Residents, Throbbing Gristle, Pere Ubu. It has very abstract, droney passages, as well as psychedelic fuzz. This is truly a grab of mismatched sounds, but it somehow works together to create one psychedelic gem.

Check out the track Cauldron.