Vinyl Views is our weekly blog where we feature album recommendations from our store team (Shayne and Jaxon) and reveal picks from guest contributors. This week we hear from Benjamin Bennington.  He is one of our favorite customers due to his great taste in music.  Oh…he also sometimes brings us free beer.  That doesn’t hurt either. 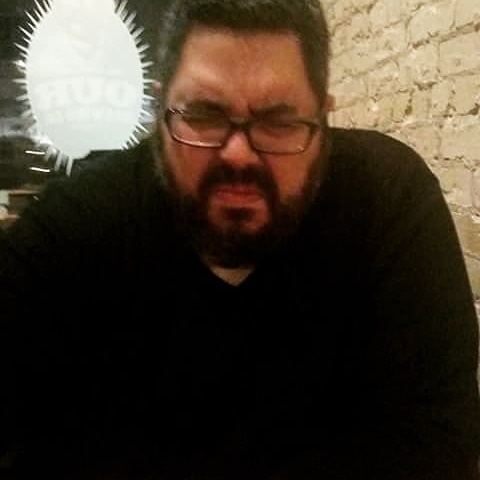 I am a fairly new resident to this area, moving to Oak Park on a whim about 10 years ago. At the time I only had a handful of records and a basic record player I bought on clearance at a Guitar Center, then I was introduced to Val and Val’s Halla and that changed almost immediately after a lengthy conversation with her. Now many years and many many many many records later I live in Berwyn with my wife, Denise (who shares my love of music and is also an awesome singer in a band) where I work as a Senior Quality Analyst at Lagunitas (I taste the beer to make sure it’s good, there’s other stuff but that’s the important part). I spend most of my free time split between my wife trying in vain to teach me basic guitar chords (up to 2 chords after 10 years!), ax throwing league (it’s like bowling but the balls are sharp) and listening to records at home. 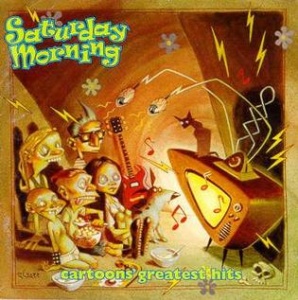 So this one is a bizarre product of mid to late-nineties tributes. I think I ended up having up to 15 of these projects at the end of my freshman year of Junior College. There are some killer ones out there like Nativity in Black: The Black Sabbath tribute or I Wish I Were a Carpenter with an amazing cover of Superstar by Sonic Youth, and then there were some really strange ones (I’m looking at you Kiss My Ass: KISS tribute with Toad the Wet Sprocket). This one is one of the best. It’s an amazing time capsule of the changing tide from grunge to pop-punk to what would be alternative as well as having some heavy hitters covering the most surreal versions of songs that are familiar to those that grew up on Hannah Barbara cartoons or anything that was easily digestible viewing wise while downing a sugar bomb cereal. Artists such as the Ramones covering a punked-up version of the Spider-Man theme song to local legends Liz Phair backed by Material Issue starting the album out with the most joyous version of the Banana Splits song, or the most bizarre version of Underdog by the Butt-Hole Surfers which still haunts me to this day on how and why.  It really does have an amazing lineup from The Violent Femmes, Reverend Horton Heat, Face to Face, even early Sublime. If you’re in a bad mood, I cannot recommend this album enough.

Check out the track Gigantor 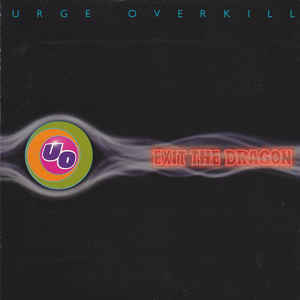 I was obsessed with this band in high school.  They honestly just hit the right nerve at that time with their off-the-wall but all too familiar straight-up guitar/bass/drums.  They had killer hooks and hands down one of the best drummers at the time.  Plus they were local guys during a time when Chicago was starting to get some heat with Smashing Pumpkins, Veruca Salt, Liz Phair, and Material Issue.  But these guys were wearing what a swinger from the ’70s would wear on a night out, velvet suits and gold medallions when everyone was all Salvation Army chic.  It would be a joke if they didn’t back it up with some of the greatest riffs and hooky songs to come out in that era.  This album followed the “big” album Saturation and is their attempt at a straightforward alt-rock album.  Ultimately this album was the end of the band for a decade or 2 depending on who you ask.  I love this record because of that slight undertone of darkness and sadness in a lot of the songs such as “And You’ll Say” which sounds like you’re interrupting someone writing a post-breakup letter to a partner.  It’s not all doom, “Need Some Air” has that driving verse/chorus/verse pop-rock that has amazing guitar flourishes.  “View of the Rain” will make you cringe at the overwrought Hallmark message at first but by listen 3 you’ll be singing the chorus at the top of your lungs, arms in the air like you’re in a Creed cover band.

Check out the track Tin Foil 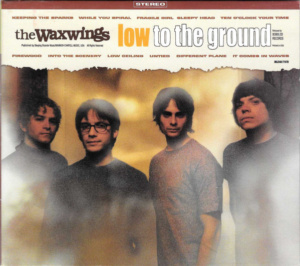 Artist: The Waxwings
Album: Low To The Ground

I stumbled upon this band off of a sampler CD from a magazine when I worked at a Borders books and was instantly a fan (this sentence ages me to where I was getting sampler CDs from a Borders books). They were a group from Detroit around the time when the White Stripes, Brendan Benson and the Von Bondies were kicking around.  Benson was even a contributor and touring guitarist with them. The White Stripes covered their song Fragile Girl frequently.  These guys sound nothing like any of these bands.  The best way I can describe this is if the Archies cartoon band played Beach Boys-inspired songs through fuzzed-out amps.  That’s confusing I know, but the sound is so drenched in harmonies, garage rock guitars, and banging drums that it sounds soooo familiar yet completely timeless.  The first song “Keeping the Sparks” pretty much prepares you for what’s in store, call and response verses, immediate harmonies, acoustic opening that builds to a beautiful frenzy.  “Sleepy Head” is one of the most beautiful pop songs, it was built for slow dancing with a loved one to the point it was one of the songs my wife and I danced to at our wedding.  Every song is completely it’s own story with their subtle sonic intricacies but completely engrossing without thinking too much about how beautiful it truly is. Unfortunately, the band lasted only a couple of albums due to label issues, I think this is one of 3, and I 100% recommend the others as well.  Various members went on to the Raconteurs, Dead Weather, and Queens of the Stone Age. I tend to play this album every week it seems and I lend it to anyone who’s willing to give it a try.  Hands down my top five ever.

Check out the track Low Ceiling 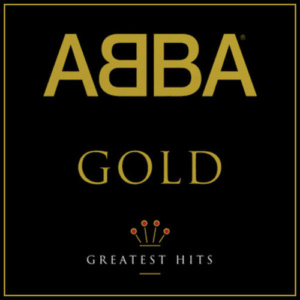 Welcome to another installment of my ongoing series “Get Over Yourself” where I highlight “guilty pleasures” that shouldn’t be guilt-inducing at all!

We’re all stoked for new Abba right?! Course we are!  While I think most people have already reconciled with their egos that Abba is and has always been great, I had to include this here because it was the one and only thing Val considered a guilty pleasure. One of a small handful of cassettes she kept in her car and seemed a little embarrassed by.  That was a fun sing-along!

Check out the track Fernando 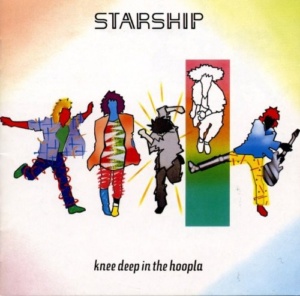 This one boils my blood!  Every time a list surfaces of “Worst Songs Of All Time” it seems this is right at the top.  I don’t get it.  It’s catchy pop music completely in line with the more fondly remembered hits of the time.  Sorry you miss the summer of love but if this ranks among your worst you should listen to more music!

Check out the track We Built This City 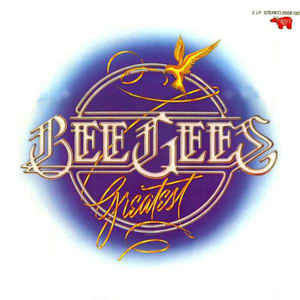 It seems The Beegees are having a bit of a moment right now, which is fantastic!  Selling fast enough that we pulled their card for the first time ever and even my Dad took a break from Ozzy and Kiss to acknowledge how great they are!  Preaching to the choir my man!

Check out the track If I Can’t Have You

For this week I have started a playlist where each of the songs is a tribute to another artist. Sounds easy? Here’s the catch. The following song on the playlist has to be a song performed by the artist that the previous song was a tribute to. Let’s see how far I can go. I’m counting cover songs as tributes for this playlist. 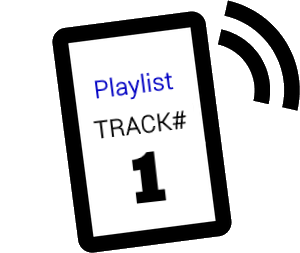 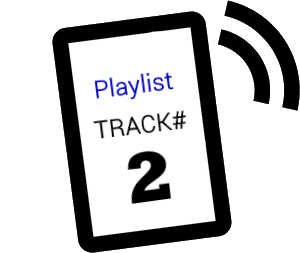 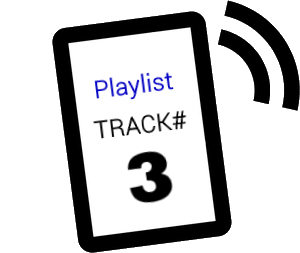 Song: I Wish I Could Meet Elvis 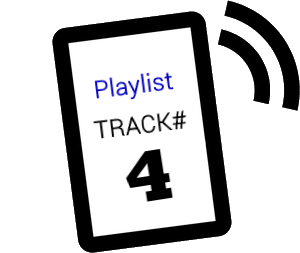 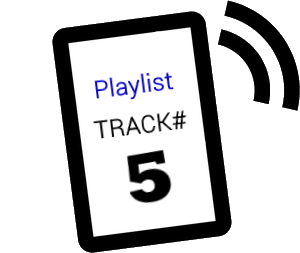 Song: The Time’s They Are A-Changin” 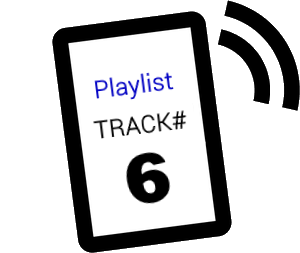 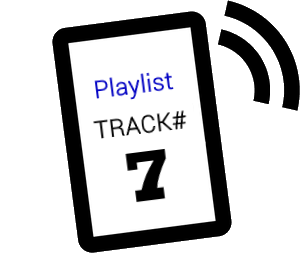 Song: Stand By Me 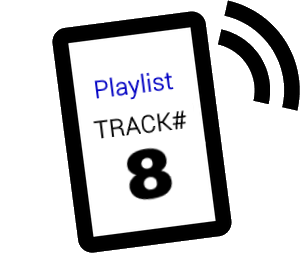 Song: All The Way 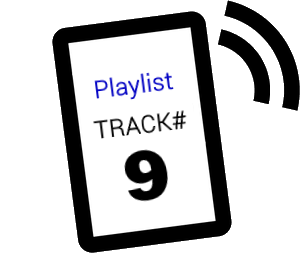 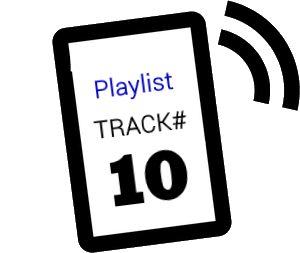