Vinyl Views is our weekly blog where we feature album recommendations from our store team (Shayne and Jaxon), and reveal picks from guest contributors.  This week we hear from Dylan Chmura! 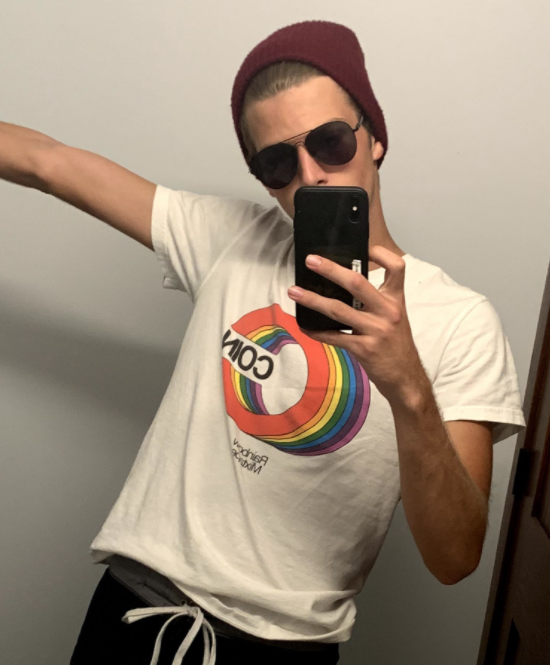 My name is Dylan Chmura, I’m sixteen, live in Holland, Michigan, and my strange addiction is Spotify. I am the proud creator of forty different playlists, and my favorite part of the year is viewing my Spotify Wrapped. My proudest achievement is being in the top .05% of listeners for my favorite band, Paramore. I love bands from Nashville, music for cars, and any song that talks about moving furniture to make more room to dance

My love for music has always been around. At any given time, I will have a song stuck in my head. My parents will have to beg me to stop humming and snapping due to the fact that I am doing it 24/7. While I don’t play any instruments, I love to talk about music, all the way from lyrics and writing, to instrumentals and production.

Collecting records is a relatively new experience for me. A friend of mine had a turntable and a bunch of old records. Once I listened to music on vinyl, I was hooked. In less than a year, I have bought over thirty records. My bank account suffers, but my ears thrive. 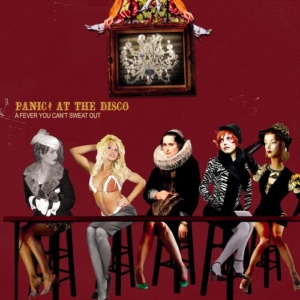 Artist: Panic! At The Disco
Album: A Fever You Can’t Sweat Out

Panic! At the Disco holds a very special place in my heart. I had a friend who really loved their work, so I decided to check it out. The first song I heard from them was the title track “Death of a Bachelor,” off of their fifth album. The song has a Sinatra-esque brass and saxophone part, with a modern day bass that you feel more than you hear. It was a marriage between two things that you wouldn’t think to put together, and the cherry on top were the beautiful vocals from Urie.

After I heard the song, I did a deep dive into the band. “A Fever You Can’t Sweat Out,” is their debut album, and sets up a solid base for what Panic! at the Disco comes to be. “I Write Sins, Not Tragedies,” is a 2000’s punk classic.

Urie is one of the best male vocalists today, and an impeccable writer. The lyrics of this album are really what shine, but you also have to appreciate the incredible percussion. Full of metaphors and storytelling, the fast paced words can be hard to fallow at times, but you feel immersed in the world of Panic! At the Disco..

.Check out the song The Only Difference Between Martyrdom and Suicide Is Press Coverage 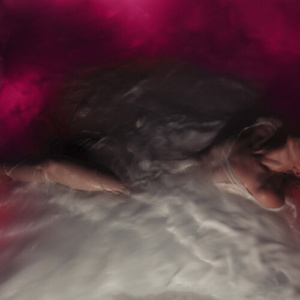 While this album is extremely sonically different than “A Fever You Can’t Sweat Out,” it’s roots still lie in punk music. Hayley Williams is the front woman for the band Paramore. The band also sprouted in the early 2000’s and has evolved over the years. This album is the second of two of Williams solo albums. The first was “Petals for Armor,” which was planned, and addresses the struggles of her breakup and depression. The second solo album was impromptu and created during the COVID lockdown, and serves almost as a cousin album.  “Flowers for Vases,” served as a comfort album for me while we were in lockdown. The pandemic isolated everyone and you can feel it in this album. Different from anything Paramore has done, this album lets Williams shine. With the stripped back acoustic sounds, and its hard hitting lyrics, you feel every single part of every song. Most songs are just Williams and a guitar. She can belt out with her powerful vocals, and she knows that, which makes it even more impactful that she gives us an intimate sound to the music. The best description of this album is that it is just pure songwriting at it’s finest.

.Check out the track Good Grief 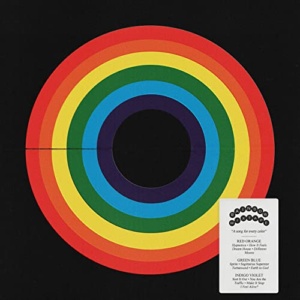 This album was also created during quarantine. Originally released as three different EPs, this album has twelve tracks that are organized by color. Red Orange is the first set of songs. The first track, “Hypnotica,” sets the tone for the first four songs. They all provide a creative, dreamy tone. The tone is achieved by an interesting set of real instruments matched with a more modern-pop production style. All the songs in Red Orange will sneak into your head and stay there for a couple of days.

Green Blue is the next set of songs, and provide a different tone than the first four. A brighter, lovelier feeling is carried throughout the four songs. This section of the album makes you want to run away and live in the woods and look at the stars.

Indigo Violet concludes the album a rock-pop star feel. The first track in this part of the album, “Sort It Out,” makes you want to drive around with your windows down and belt out notes that you know you can not hit.

Overall, the album has three different parts that stand very well on their own, but when they are brought together, they take you on a journey of hope, confusion, and an appreciation for all of life’s experiences. There are songs for dancing, crying, and falling in love. No matter the situation, Rainbow Mixtape will have a song for you. 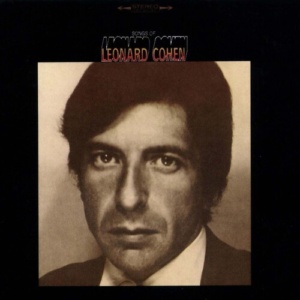 Sadly we’re officially out of Spoopy season (come back!) and I struggle to come up with themes for these week to week.  Leave it to Jaxon to accidentally inspire me!

Val and I never agreed on Leonard Cohen (we never agreed on Jackyl either for that matter, but this one always struck me as weird.) While she was a fan of his songwriting she never cared for his delivery.  I on the other hand struggle with anyone else’s versions.

Check out the track: So Long, Marianne 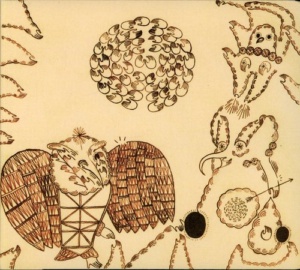 During that conversation with Jaxon I was reminded of this gem from 2004 (a year that’s beginning to take on the same mythic quality as 1972 around here.) Both years seem to have produced an abnormal glut of exceptional music, though more likely I’ve just trained my brain to notice that trend.

This particular hippy-dippy, “freak-folk” album really struck a chord with me (considering I was mostly listening to synth pop and darkwave at the time that is no small feat.)  I hadn’t revisited it in a long while but I think this is going back into regular rotation!

Check out the track: Fall 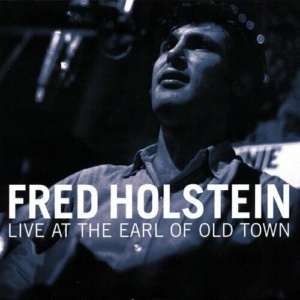 Val and I fully agreed on this one though!  While I enjoy and appreciate Fred’s albums this particular live recording has that certain something about it.  Dark and intimate, dripping in pathos, absolutely beautiful.  It also includes more than one Leonard Cohen cover that I happen to think are exceptional.

Imagine being in this room, struggling to see over Val’s hair (odds are pretty good she was there) with the audience collectively holding their breath as to not disturb the mood, when the phone rings (clearly audible in my song choice) BAD FORM!

Check out the track: Urge For Going 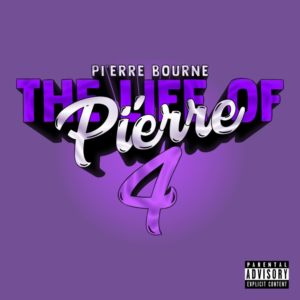 When learning about people, a common question people ask is their favorite color. So today I am talking about albums that feature my favorite shade of purple. (Prince notwithstanding)

I am very picky with cloud rap and trap. I am not sure what aspects of this album in specific draw me in, but I really enjoy this record. The cavernous simple beats with reverb drenched vocals, and iconic producer tags produce an addictive sound. Pi’erre has had a lot of influence in the newest wave of trap artists, with his hypnotic beats being used by a lot of popular artists, with the biggest example being Playboi Carti’s hit song Magnolia. This album sees him taking on the role of doing his own vocals, which are done in the half sung half rapped sound that has been dominating hip hop for a bit now. This album cover is super simple, but I love it, because I find the shade of purple on the cover super aesthetically pleasing, and fits the dreamy production extremely well.

Check out the track Routine 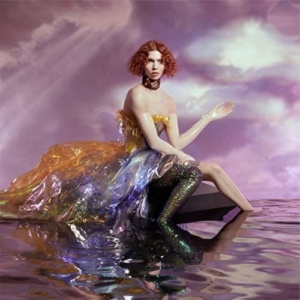 This album is one of the few albums that I would be willing to put money on it gaining “classic” status in a decade or two, and it being named one of the best releases of its time. SOPHIE’s first, and sadly final studio work is a wonderful blend of Art Pop, Bubblegum Bass, and Deconstructed Club, that perfectly balances beauty and noise. Her tragic passing is one of the saddest losses we have had this year. This record is an essential listen, and I would recommend it to nearly everyone.

Check out the track Is It Cold In The Water? 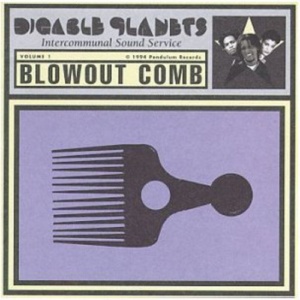 I have been revisiting this album a lot recently, partially because we got a loose cd of it in a collection that we are making a store play copy. The instrumentals on this release are some of the most interesting ones to fall under the jazz rap label. The dynamic between the three rappers is super cool, and each one has a unique flow and presence on the mic. Check out the song Black Ego, which is one of my favorite hip hop songs of all time.

Check out the track Black Ego