Vinyl Views is our new weekly blog where we feature album recommendations from our store team (Shayne and Jaxon), and reveal picks from guest contributors. This week’s contributor is Will Duncan.  Scroll down to read this week’s album picks from Will, Shayne and Jaxon, or start your shopping now!  Sign up now to be a part of our Vinyl Views family and be the first to hear about new releases, store events, and exclusive promotions. 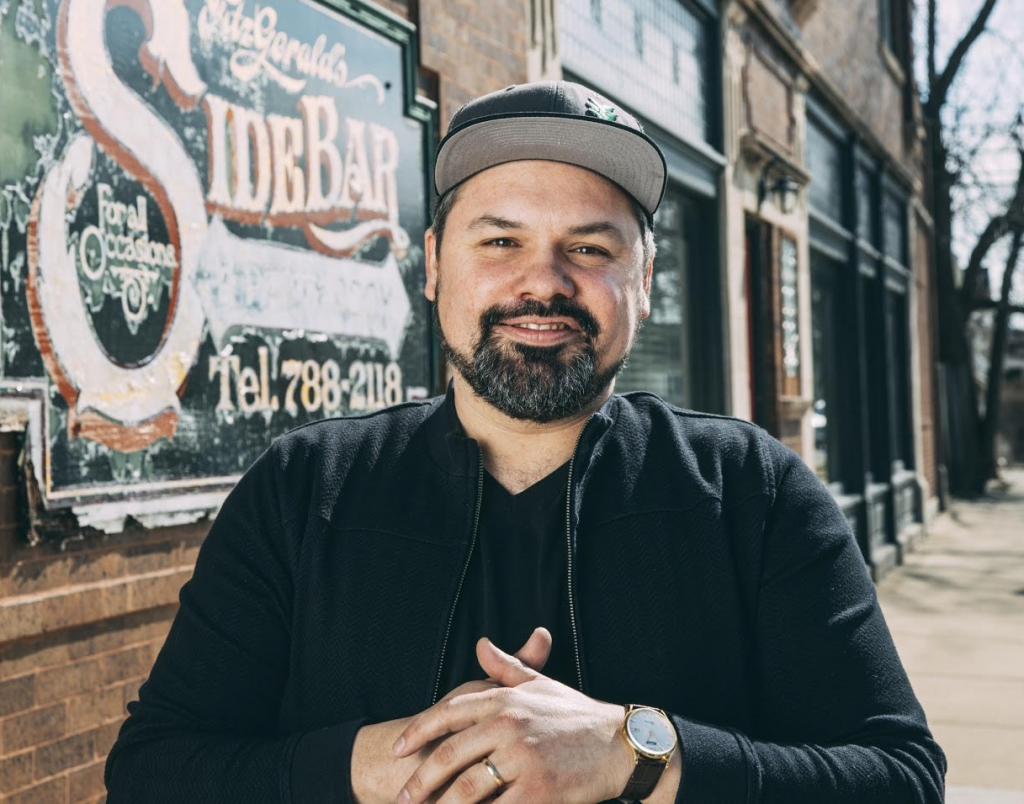 This week’s guest contributor is Will Duncan, new owner of the historic Fitzgerald’s Nightclub.  Will has enormous shoes to fill as the Fitzgerald family blessed our community with amazing live music over the last 40 years.  Adding to the challenge, Will took over this business at the start of this national pandemic.  With 20 years experience in hospitality, half of which in Chicago concert venues (Thalia Hall, Empty Bottle, Promontory), he just might be up to the task. When the club was forced to close due to quarantine just one week after taking over, he started hosting weekend live music from the back of a moving pickup truck (an idea urged by his wife Jess King, a high school administrator/venue co-owner). These “stay-at-home-concerts” have excited the community, and are now available for private bookings. Contact will@fitzgeraldsnightclub.com for more details. 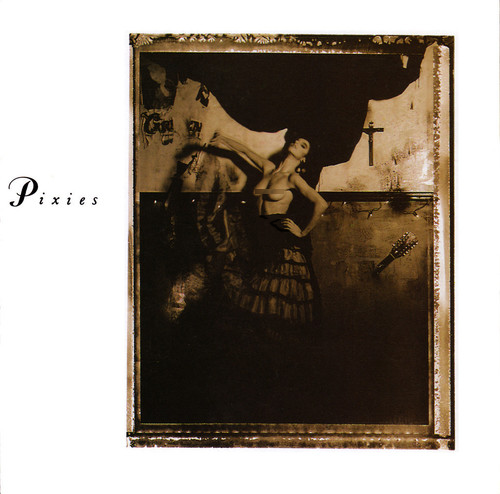 Surfer Rosa is a great album, formative to say the least. Everyone knows ‘Where is my Mind’ which is an incredible song. My college bands covered it, and it’s made for some epic rolling credits on the big screen… but for my money it’s all about ‘Gigantic’, showcasing the soft/loud thing the pixies are so well known for. The deliberate lack of compression and almost absurd dynamic range of Steve Albini’s engineering really emphasizes the heft of the chorus when it comes. And the whole thing is carried by the incomparable Kim Deal, foreshadowing the amazing things she would later do with The Breeders. It’s worth noting that this bad-assedness, without which you would not have a Nirvana, was made in 1988 when most people were listening to George Michael. (For the record, I really like ‘Faith’ also ;).

Check out the track Gigantic. 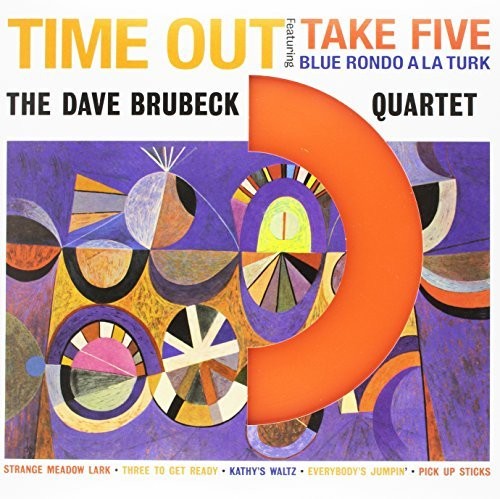 Time, Touch, Tone. This freakin’ guy somehow made commercially popular jazz music, an oxymoron in itself, out of odd time signature insanity that music scholars like to write about. This ability to take technically strange music and make it catchy as all hell is some kinda superhuman heroism, in my opinion. I love this record. Listen as Blue Rondo à la Turk takes you through the grooviest 9/8 machine gun piano melody into a near cinematic b section with frightening punctuation, and feel all that tension resolve when it finally lands in a 4/4 swingin’ sax solo from tone master Paul Desmond. Man that solo is sweet. Oh… and ‘Take Five’ (in 5/4 time) Is a MUST LISTEN. This is jazz for people who didn’t know they could like jazz. Give this record the focus it deserves, and you’ll be glad you did.

Check out the track Take Five. 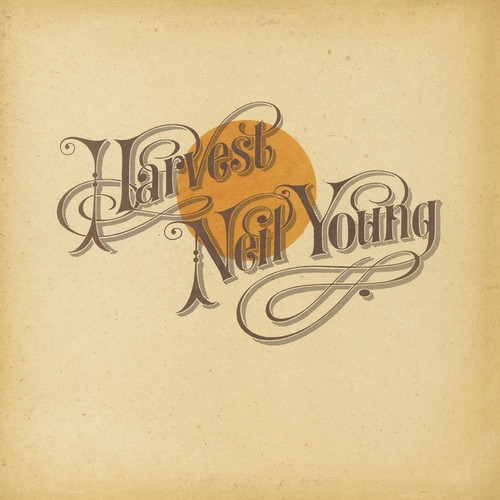 An iconic triumph of singular songwriting, crack musicianship, and adventurous production. The critical success was a shock to Young as Harvest went on to become the best selling record of 1972 in the US. You’ve got everything from Nashville session killers on the rhythm section, to the London symphony orchestra, to James Taylor and Linda Ronstadt dropping in. Y’know it was old JT that laid down that essential banjo part on Old Man!? Oh and that Roomy guitar sound on Alabama is otherworldly, an effect attributable to the totally ‘wrong’ recording technique of having PA speakers for playback in the recording live room Instead of headphones. Know the rules, break them. So damn cool.

Check out the track Alabama. 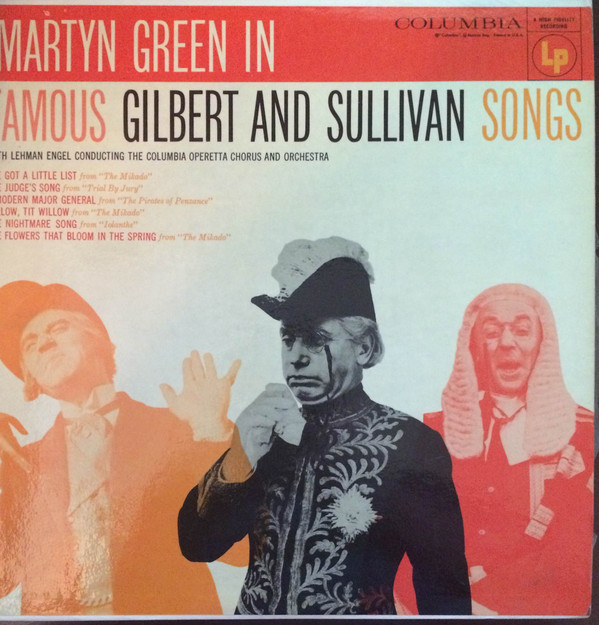 I decided to have a little fun with my choices this week and tie them together to illustrate how I came to be such a fan of Gilbert & Sullivan. During my peak collecting years it occurred to me that G & S was something I knew very little about but seemed to encounter a lot in pop culture. I picked up a “Best of G & S” CD by the Welsh National Opera Company (still my gold standard) and realized I knew quite a bit about them! This music had been all around me my whole life. I was literally humming these tunes when I still slept with stuffed animals instead of actual cats! Clearly a best of CD wasn’t going to cut it, my collection grew to the point where I had something like 30 different Mikados alone, including one entirely on 45 taking up a full row of the jukebox. The peak was probably going to see Mikado at Light Opera Works on New Year’s Eve, being EASILY the youngest person in the place, and explaining who Katisha is to people during intermission. For this week’s Vinyl Views I want to feature some people who have used the G & S template to brilliant effect as well as highlight some of those moments from my childhood where this music seeped in without me even knowing.

I won’t waste too many words explaining who Gilbert & Sullivan were, suffice to say they were a writer/composer combo that produced massively popular comic opera in the late 1800s. Their work would go on to become the template for musical theater going forward. If you’re interested in more of their story I highly recommend the movie Topsy-Turvy. 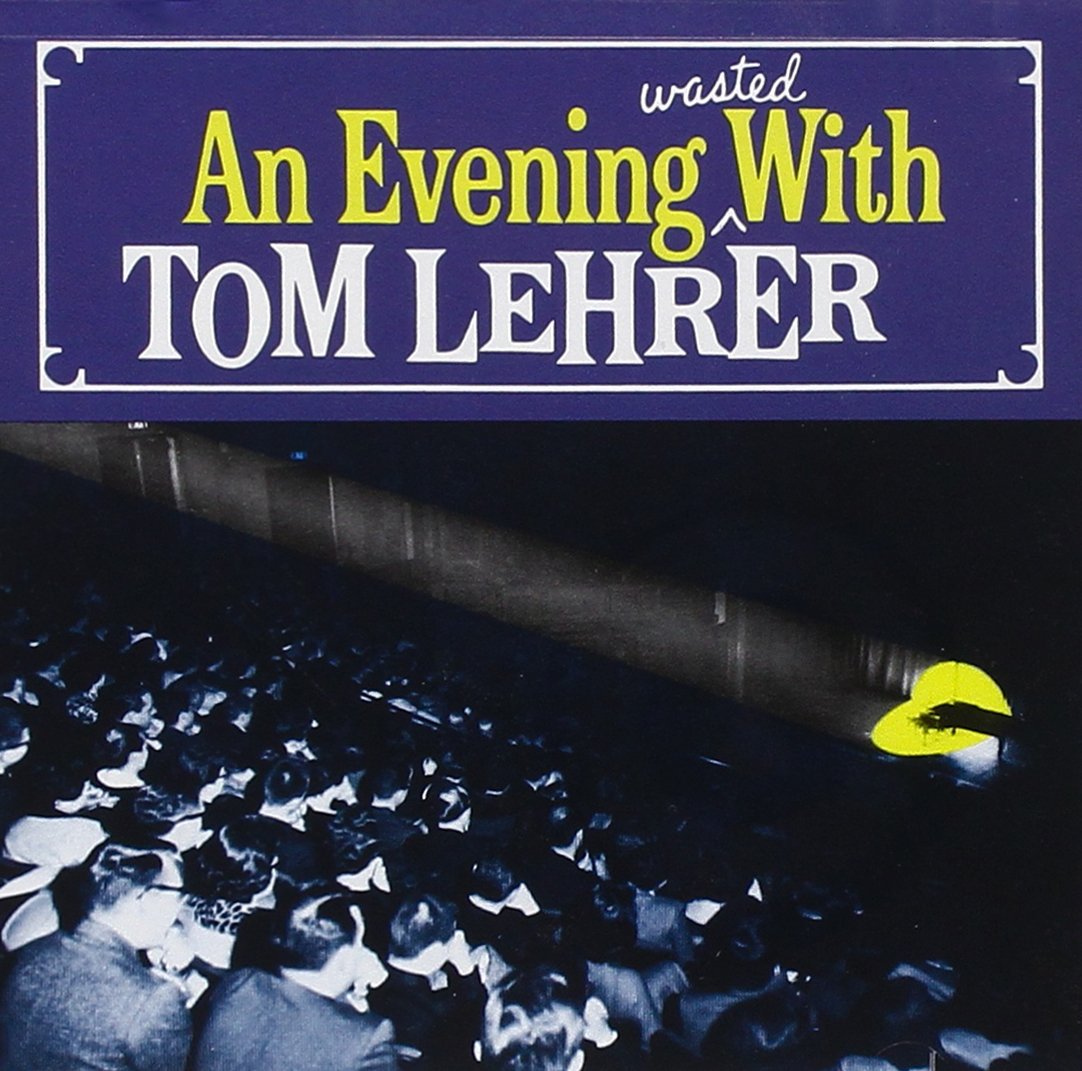 Tom Lehrer is perhaps the only person both Val and I agreed got a “Hall Pass.” This professor & mathematician also became famous for crafting sometimes silly but more often brilliant satire delivered with a coy smile. Sadly, when Kissinger won the Nobel Peace Prize he decided “Satire is dead.” & Retired. That didn’t stop him however from, at age 84, responding to a sample request by 2 Chainz thusly” As sole copyright owner of ‘The Old Dope Peddler’, I grant you motherfuckers permission to do this. Please give my regards to Mr. Chainz, or may I call him 2?” Still kicking at 92. We could all really use your voice right now Tom.

Check out the track The Elements. 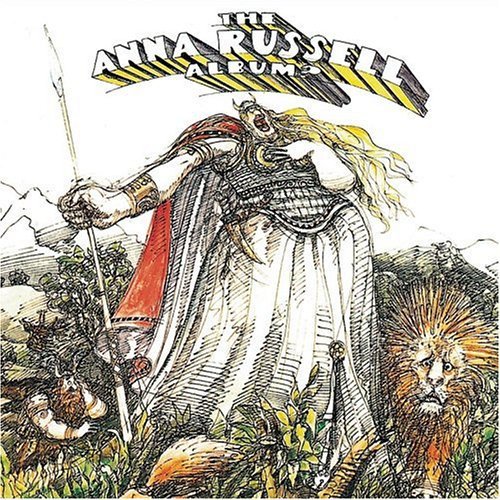 Anna Russell was a classically trained operatic hopeful. She had all the bona fides for a successful career except for, unfortunately (or maybe fortunately) the voice. What she had in spades was an amazing sense of humor and no fear of self-deprecation. She pivoted that into a comedy career, largely based around music. Her most well-known bit being her hilarious, and accurate, explanation of the Wagner “Ring Cycle” also on this album. Here she breaks down the essential “elements” (see what I did there?) of constructing your very own G & S opera. As a fan, it all tracks, she nails it. Be able to laugh at the things you love.

I’m sure many didn’t stick around for this whole diatribe, but it means a lot to me and was something I knew I could write at length about. Val and I shared these things, and I think she approves. 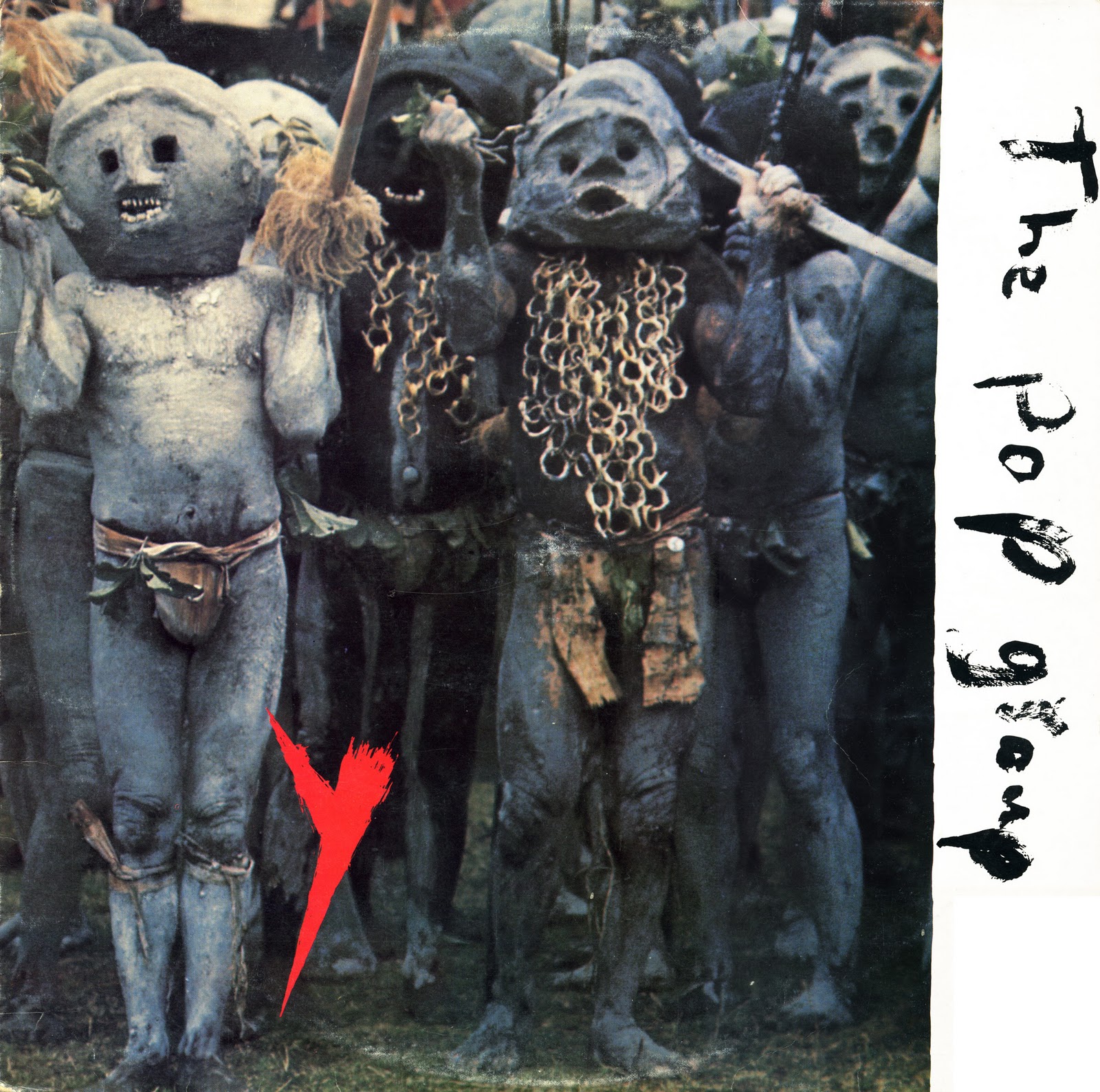 1979 was a big year for post punk. Many landmark albums of the genre were released, but this album truly sounds like nothing released at the time, or maybe since. This album is eclectic with its unique marriage of punk, free jazz, dub, and funk. It is an avant-garde masterpiece, and I would highly recommend it.

Check out the track Thief of Fire. 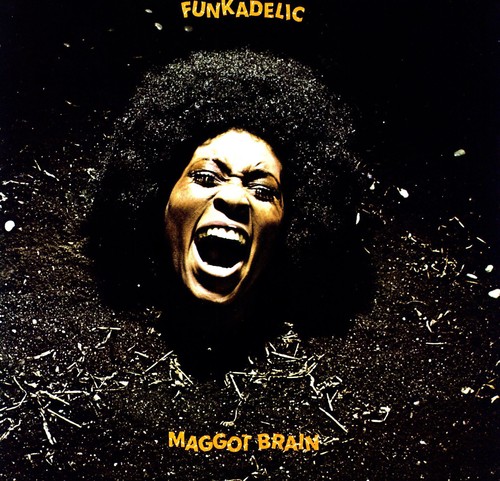 Where to start with Maggot Brain…mind-blowing guitar solos, pure funk, musical experimentation at its finest. The opening title track song is a reverb-soaked 10 minute guitar solo. There is a ton of psychedelia infused into the funky groove. If you haven’t heard it, you should check this one out.

Check out the track Maggot Brain. 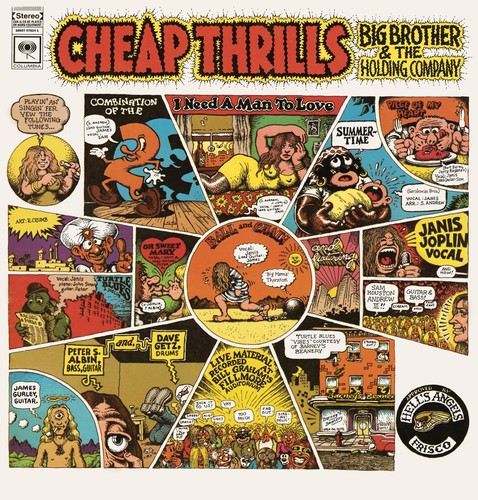 Listening to this album feels like opening a time capsule from the psychedelic rock scene in San Francisco during the 60s. Janis Joplin’s screeching vocals compliment the blaring guitars. The production feels sloppy, yet raw, which compliments the record’s image. If you are looking for some punchy acid rock, this album is for you.

Check out the track Ball and Chain.