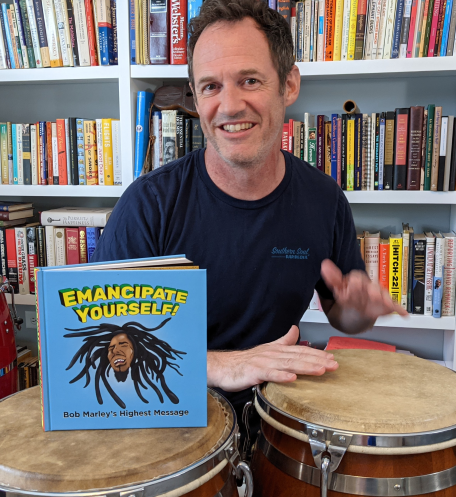 I’ve been teaching hot yoga and meditation at 105F Chicago for 20 years. Over that stretch, I’ve also quietly pursued a passion project: writing a Bob Marley graphic novel that is now available at Val’s halla! I designed the book to make you feel as positive as Marley’s music makes you feel. Why? As a younger fool, I had enslaved my mind to miserable meditations that palpably petrified my heart. Intuition convinced me that rhythm had to be part of the fix. I lucked into years of intensive conga studies with Juma Santos at NYC’s Fareta School of African Dance and Drum. I could feel my heart bouncing better. My mind followed. And the experience revealed that Bob Marley had followed a similar adventure. His Rastafarian religion’s burru drumming ritualistically pulses an ancient African rhythm of liberation (feel it on “Rastaman Chant”). Marley intentionally aligned his reggae with those ancient beats to help you free your heart and free your mind so we can get together and feel all right. Make every day your independence day. Listen to Bob Marley and Emancipate Yourself! 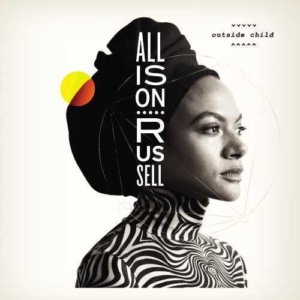 The most difficult human experience to articulate is awe. The ancients wisely refrained from even trying: “There, words do not go.” I’m gonna go there anyway. I met Allison Russell in a hot yoga class more than a decade ago. She’s a too-rare yogi who can enter The Zone at will. I did not know what she did for a living, so hearing her sing at my friends’ wedding was a joyous shock. I re-discover that joy when her Birds of Chicago fly by, as they did in their soaring show at the Old Town School of Folk Music mere days before the pandemic grounded all tours. And now, as the world struggles to lift off again, Allison takes wing on this ascendant debut solo album, swoops in for her debut at the Grand Ol’ Opry, and glides onto her national television debut on Jimmy Kimmel . . . I’m verklempt about her deserved success, but that’s not why I have Outside Child set on repeat. It’s her voice. Or rather, it’s her spirit hitching a ride on her breath. Or better, it’s her gentle breeze cooling the molten surfaces. Or maybe it’s her, um . . . I give up. Tag, you’re it. Listen to this. And as you do, resist the temptation to articulate the feeling. The ancients were correct: better to savor than to scrutinize the awe.

.Check out the track Nightflyer. 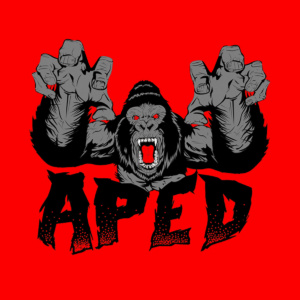 Artist: Aped
Album: My Only Way

I absorbed colossal shockwaves of heavy metal while writing the Bob Marley book. All explosive playlists were detonated by my collaborator, the headbanging illustrator and River Forest native known as Aaron Block. For eons, I sat to the right of Aaron’s iron throne as he diabolically conjured images under his one-rule regime: “Driver picks the music. Shotgun shuts his cakehole.” We thus labored within a brutal soundscape of snarling rage that quickly discombobulated my bobblehead into demonic spasms of the Possessed. As my eyeballs rolled back into their sockets, I witnessed a terrifying truth—metal and reggae may sound vastly different, but both catch a fire on souls that burn, suffer, and squeal under the tyranny of The Beast. I didn’t see it coming, but the metal music inspired the book’s art. Thunderclaps of Armageddon reverberate through Aaron’s depictions of Marley’s truly apocalyptic worldview. So, I now bow my head and throw the devil horns up at this album, My Only Way, by APED. Would you look at that got dam cover?! Aaron drew it. Aaron also blazed the vocals. Aaron is metal. AAARRRGGGHHH!!!

.Check out the track Snake Speed. 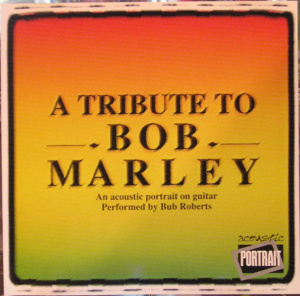 Robert Johnson signed his deal with the devil at the crossroads. I wonder where Bub Roberts signed his. Where is Bub Roberts? Nothing on Google. No Wikipedia page. In the late 90’s, he released a fine series of albums each with “A Tribute To” some great talents (Marley, Eric Clapton, Cat Stevens, Sting & The Police). Then, he evaporated. Poof. Did Satan come to collect? Or is Bub like me, a grumpy old fogey harrumphing against social media engagement? I have so many questions. But I know this. In the future—after we’ve heeded Marley’s lyrics to stop destroying the earth and each other; and after we’ve perfected the medicinal delivery of Marley’s life-enhancing syncopations—Marley’s enduring gift to humanity will be a bubbly bouquet of nursery-rhyme melodies. This album is the proof. Every time I press “play,” I knee-jerk dismiss it as elevator music. Then I remember what’s going on here: one, single human is nimbly fingerpicking lead, rhythm, and bass guitar notes simultaneously on some nylon strings. Technical complexity. Buoyant simplicity. If Bub Roberts did consign his soul down the bottomless pit, at least he got to pluck this acoustic portrait from on high.

Check out the track Could You Be Loved 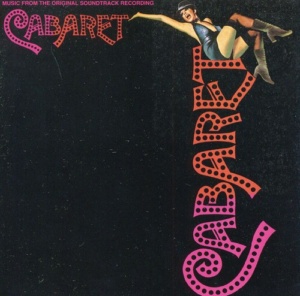 There’s been a lot going on with the store recently and it’s had me excited and emotional in equal measure!  Initially I intended to do a playlist this week to address it all but found I was too scattered to make it gel, instead I’ve chosen three tracks to represent the roller-coaster of “feels.”

Appropriately released in 1972 Cabaret is one of my favorite movie musicals and Joel Grey’s emcee performance is untouchable.  This choice is inspired by our excitement to reopen the stage for live performances again and seeing some faces I’ve been missing for far too long! “Hello stranger!”

Check out the track: Willkommen. 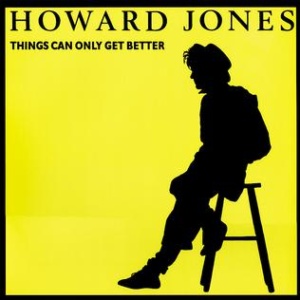 Artist: Howard Jones
Album: Things Can Only Get Better

I keep teasing you all with whispers of big things to come, and while I can’t divulge any details QUITE yet, know that we are hard at work and about to take some VERY big, ambitious swings in the coming months!

I’m incredibly proud of what we’ve accomplished already, all of this would have sounded fanciful a couple years ago.  Thank you so much Trevor, Jaxon & everyone who has supported us throughout the years!

Check out the track: Things Can Only Get Better. 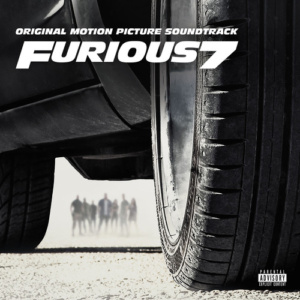 Which brings us to a tearjerker from an unlikely source! While I unapologetically love all these silly movies, it’s doubtful I would have looked to them for song choices to express my emotions.  Score one for Spotify for randomly playing this and reducing me to a puddle!  Not a day goes by that I don’t think to myself “What would Val have to say about all this?” Other than, y’know, A LOT.  Since I’ve yet to be struck by lightening, I have to assume she’s proud.

Check out the track: See You Again. 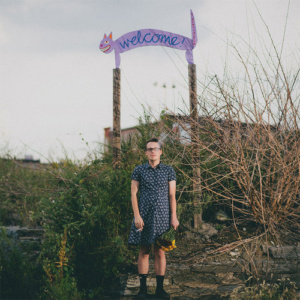 This record is one of my favorite indie rock albums of the 2010s. Slaughter Beach, Dog is primarily a solo project for Jake Ewald, who is one of the two frontmen of Modern Baseball. The music incorporates a mix of folk rock, indie rock, and emo influences to make a bittersweet sound. Slaughter Beach, Dog gives off a slightly more singer-songwriter vibe than Modern Baseball did, creating a more vulnerable feel to it. The songs here feel like the crisp chill in the fall air.

Check out the track Toronto Mug. 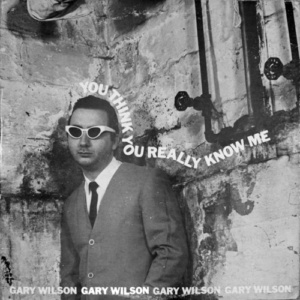 Artist: Gary Wilson
Album: You Think You Really Know Me

Gary Wilson is an interesting artist. He was a truly eccentric person, which is reflected in his live performances that incorporated cellophane wrap, duct tape, bed sheets, fake blood, flour, and milk. His music has a slight Brian Eno vibe to them, using electronics to create a unique vibe to his music. It also incorporates absurdist lyrics, somewhat reminiscent of Frank Zappa. This album was recorded way too early, and it took a while for it to get the recognition it deserves. 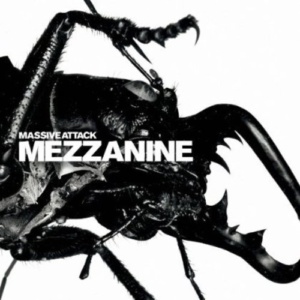 Anyone unfamiliar with this record has been truly missing out. They are a trip-hop outfit from the U.K. and are responsible for creating many of the genre’s most influential projects. This is the album of theirs I find myself coming back to the most. The album creates these chill soundscapes, but still has an unsettling undertone to the work. The music feels like a predator lurking, following their prey, preparing themselves to kill. This is one of the best electronic albums of the 90s in my opinion, and is an essential album.

Check out the track Inertia Creeps.