Vinyl Views is our weekly blog where we feature album recommendations from our store team (Shayne and Jaxon), and reveal picks from guest contributors. This week’s contributor is Dan Hooper – musician, vinyl lover, and Val’s halla neighbor! Scroll down to read this week’s album picks or start shopping!  Sign up now to be a part of our Vinyl Views family and be the first to hear about new releases, store events, and exclusive promotions.  Looking for a prior week of Vinyl Views?  If so, CLICK HERE! 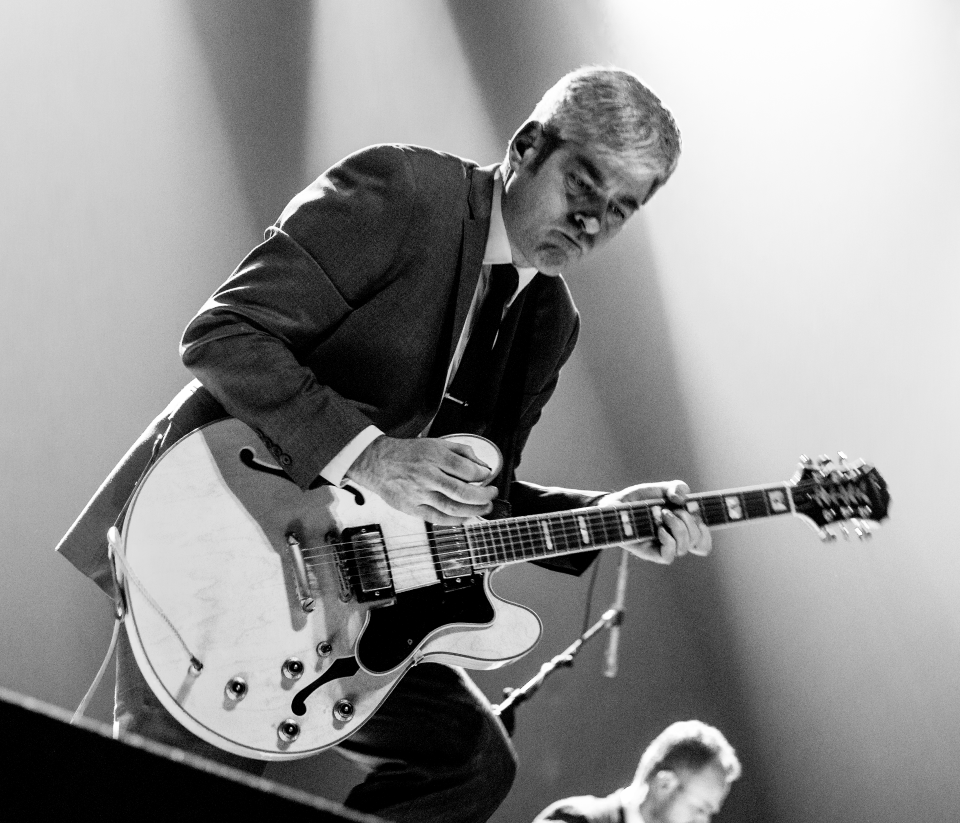 Dan Hooper (aka Charlie Wayne) is the guitar player for the Congregation, an 8-piece soul outfit in Chicago that’s recorded three albums and has opened for artists including Wilco, Buddy Guy, Mavis Staples, the Flaming Lips, Andrew Bird, and Garbage. Over the years, he’s played in bands that span genres ranging from alt-country and traditional blues to garage and hardcore punk. Music may not be his profession, but it’s much more than a hobby. He loves sharing a neighborhood with Val’s and is excited for the chance to write about a few of the records he’s been listening to recently.. 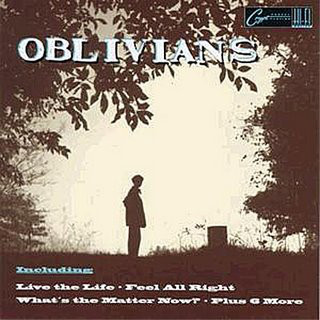 Before there was any such thing as punk rock, there were garage bands like the Sonics, the Standells, the Monks, and the Count Five. In the garage punk revival of the ’90s, bands such as the Gories, the Lord High Fixers, Teengenerate, and the Mummies fused the energy and sounds of these early garage bands with the aesthetic values of punk rock, creating a new genre of stripped down, low-fi, blues-infused punk. I love all of these bands, but none more than the Oblivians. The Oblivians radiate a strangely liberating sense of nihilism, driven by guitars that are distorted to the point of saturation and vocals that are the very definition of reckless abandon. Sometimes fast and always loud, the three members of the band each alternate between guitars and drums, leading to an unexpected variety of sounds and textures. In 1997, following the release of their second LP, the trio teamed up with New Orleans organ player Mr Quintron, to produce what I believe to be their greatest work. In …Play 9 Songs with Mr Quintron, the Oblivions retain their frantic, harsh and aggressive sound, while thoroughly infusing the songs with gospel and country blues. If I had not heard it for myself, I would not have believed this record to be possible. But it is, and that is a very good thing.

Check out the track Live The Life. 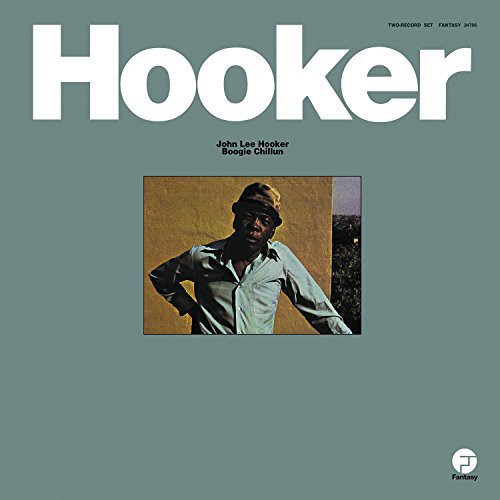 Although I’m a big fan of experiencing music a full album at a time, I’m happy to make an exception for this track, which was recorded and released well before in the dawn of the LP era. I can still vividly remember the first time I heard Boogie Chillen’. I was a naive and narrow-minded teenager, I knew nothing about blues, and had never even heard of John Lee Hooker. But despite having no frame of reference to understand this song, I instantly knew there was something very powerful and different about it. Over the intervening decades, I’ve listened to — and loved — any number of blues records, but I still have never heard anything that makes me feel the way Boogie Chillen’ does. Hooker’s rhythmic and heavily amplified electric guitar drives the song forward, aided by the forceful stomp of his foot, and his utterly captivating vocals. There are dozens of covers of this song, but none capture the intensity and feel of Hooker’s guitar. This song is also one of the paramount examples of southern country blues being brought northward as part of the great migration. I could imagine hearing it somewhere in the Mississippi Delta, or in one of Chicago or Detroit’s early blues clubs. And to this day, no lyric has brought me more joy than: “[One night] I heard papa tell mama, let that boy boogie woogie. It’s in him and it got to come out!”.

Check out the track Boogie Chillen’. 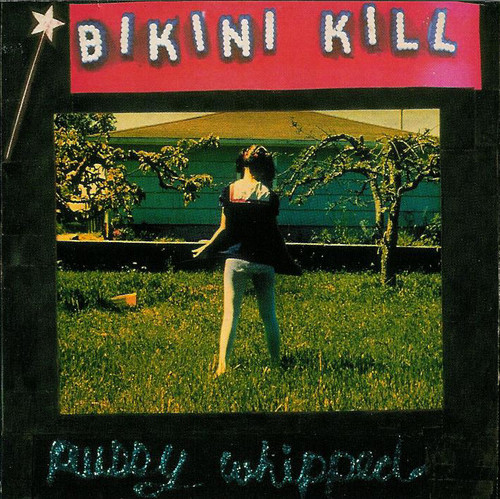 At its best, punk rock provides us with an insightful critique of our society and the norms that we may have otherwise uncritically taken for granted. Few records have accomplished this to the degree of Bikini Kill’s debut LP, Pussy Whipped. To my ears, this record represents the premiere example of the riot grrrl movement of the early ’90s. Bikini Kill’s third-wave feminism is utterly unapologetic and doesn’t ask permission — it makes demands. Themes of misogyny, sexual assault, and female empowerment are infused throughout this record, and it has a rare ability to make you think as much as it makes you feel (and that’s a lot). The vitriol of Kathleen Hanna’s vocals, surrounded by a beautiful and chaotic wall of distortion and beat, makes this record irresistibly exciting. The track “Rebel Girl” is sometimes described as a riot grrrl anthem, and that it very much is. But it is also a powerful celebration of female role models, who could live just down the street in your very own neighborhood.

Check out the track Rebel Girl. 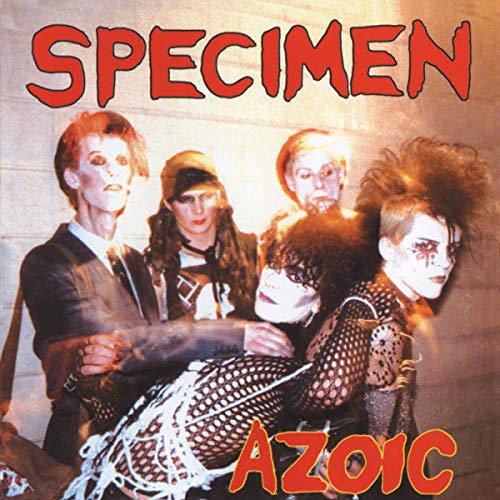 Specimen were a goth/punk group from the early 80’s. Having founded “The Batcave” club in London they largely created their own scene. A staple of the various goth compilations I devoured in high school, they were one of the earliest I felt the need to dig into further. My friends and I were stoked to have a chance to see them perform with Alien Sex Fiend (sure to be a future Vinyl Views pick) but unfortunately the bands were blocked from entering the U.S. for some reason and the concert was cancelled. I am still very, VERY bitter about that.

Check out the track The Beauty of Poison. 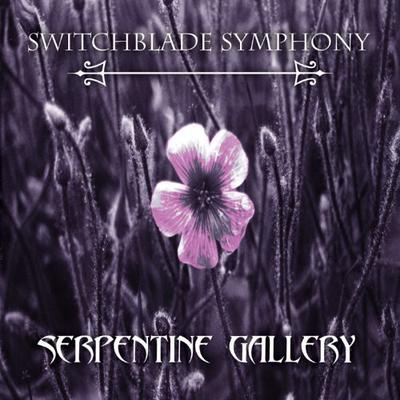 Another mainstay of those many goth rock comps, though a decade later and in no way similar, relying on a more darkwave sound. I followed this group from beginning to end, even into Tina Roots solo project Tre Lux which, hoo boy, THAT I cannot recommend. This their debut album on the other hand has remained in my rotation all along. I lament that my overpriced T-shirt “dissolved” off my body years ago.

Check out the track Dissolve. 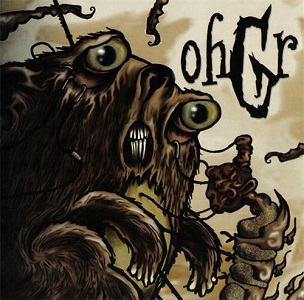 Hot take coming through! I love, love, LOVE Skinny Puppy, let that be clear, however I actually get a lot more mileage out of the OhGr solo albums. They just tend to have more of a sense of humor and tone that lends itself to repeat listens. Never more-so than this first solo outing under the OhGr moniker. I wore this CD out in “The Bucket of Sin” (my car in high school) and today it often finds itself as the soundtrack to cleaning my apartment… Might need to queue it up for that very purpose tonight.

Check out the track Pore. 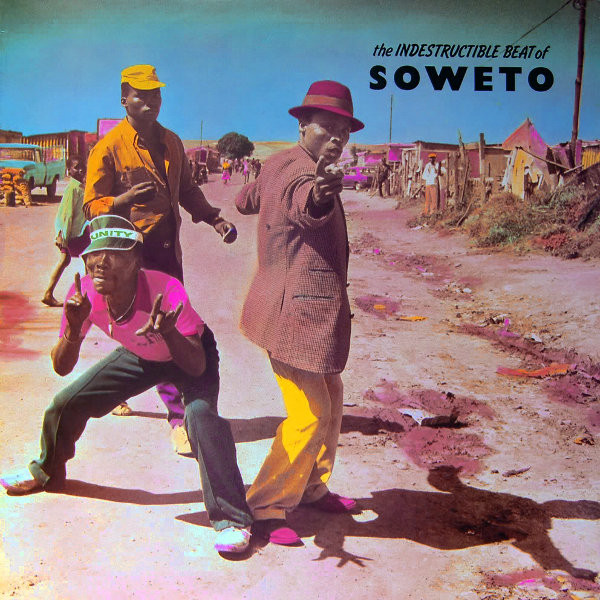 This is one of my favorite compilation albums of all time. It is filled with a range of deep-felt soulful emotions – both joyful and sad. The album features musicians from South Africa with the two most notable names being Ladysmith Black Mambazo and Mahlathini. This record was one of those amazing blessings you get from working at a record store. Saw it in the bins, picked it up to try, and never put it down. It’s also been my dad’s jam over the summer. I would highly recommend this fantastic collection of songs out.

Check out the track Awungilobolele. 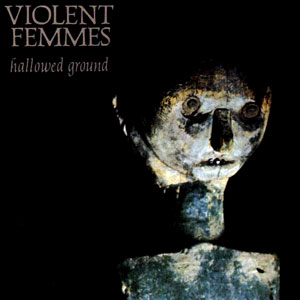 This album cover of the Femmes’ second release matches its sound –  a dark mixture of country and alternative rock.  Mixed in with all of the doom and gloom, there are a few songs on that register on the fun scale as well.  Some consider it their best work. Others hate it.  I think this is a great album from an amazing band. Give it a listen. 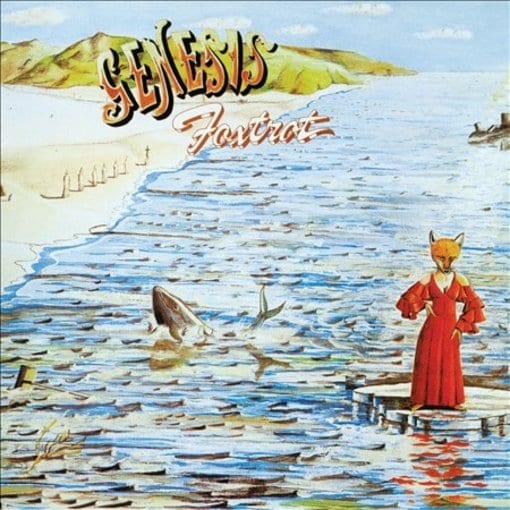 This album is a prog masterpiece. The songs have a harmonic sound created by the blend of the organ and electric guitar. Peter Gabriel’s voice brings the theatrical element to the mix drawing you into the stories in each of the songs. The opening track, Watcher of the Skies, demonstrates this, with the simplistic organ intro building up alongside the guitar until it explodes with energy, ushering in Peter Gabriel’s vocals.

Check out the track Watcher of the Skies.